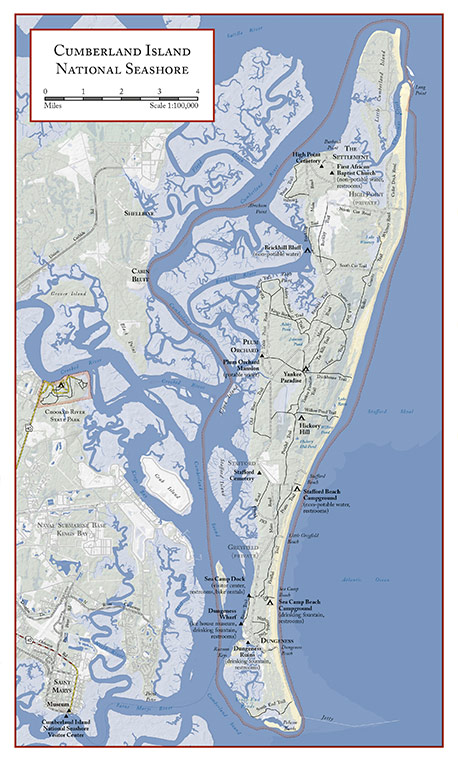 Cumberland Island, Georgia, is as large as Manhattan, yet this preserved barrier island is a pristine example of Southern maritime forests, saltmarsh, and beaches. There is no bridge from the mainland, so time here has essentially stood still, leaving a land of beautiful isolation and mysterious serenity.

Much of the world was introduced to Cumberland Island after the secret wedding of John Kennedy Jr. and Carolyn Bessette in the First African Baptist Church in 1996.

Charles Fraser, who transformed Hilton Head from a sparsely populated, heavily forested island into a resort visited by nearly 3 million people annually, cast a similar vision for Cumberland Island. In 1969 he purchased 3,000 acres from descendants of Thomas Carnegie, who had for decades protected the island from development. Other Carnegie heirs and members of the Candler family, looking to permanently protect Cumberland Island, reached out to the Department of Interior, which had prized the island for more than a decade, for assistance.

“Cumberland Island in southeast Georgia is considered by the survey to be the best of its type—the low-lying lands separated from the mainland by stretches of marsh and rivers or estuaries,” the National Park Service wrote in a 1955 report, Our Vanishing Coastline.

Responding quickly to the imminent threat, Congress established Cumberland Island National Seashore and set aside funds for purchase of most of the island, protecting it from development.